At 17, Selena wasn’t ready to be a mom. Throughout her appointment at Assure she was obviously uncomfortable. She had a hard time making eye contact, and she kept clenching and un-clenching her fists. When her pregnancy test was positive, the tears started in earnest. That’s when Selena confided that her mother promised to kick her out if she got pregnant. With another year of high school ahead of her, she just didn’t know what to do. She didn’t want an abortion, but she also didn’t want to be kicked out of her family home.

The view of her 6-week old baby on the big screen monitor brought a fresh wave of tears. She just knew there was no way she could keep her baby without her mother’s approval.

Surprisingly, Selena agreed to come back in a week and bring her mother with her. A week later, they both viewed the now 7-week old image, which was very clear. Sadly, her mother was still unmoved and adamant that her daughter was not going to have the baby.

After her mom returned to the waiting room, Selena confided to the nurse sonographer and advocate that her brother had offered to give her a place to stay if she decided to keep the baby. Having a place to go made all the difference, and Selena was firm in her resolve to carry her baby to term, finish high school. She gladly accepted information on Assure’s Bridges Parenting Support Program. “It sounds like something I really need right now,” she said.

After allowing staff to pray over her and the task of telling her parents her decision, Selena left Assure with her head up and the knowledge that she would not have to go through this challenging season alone. We’ll be there for her and we are grateful to you for making it possible to come alongside young women like Selena.

You’ve made a difference. 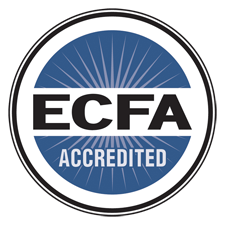